News Updates
You are here: Home / News Updates / Frontpage Article / ZUNO Calls for Immediate Investigation into the Procurement of defective... 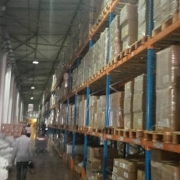 The Zambia Union of Nurses Organisation (ZUNO) has called for an immediate investigation into the procurement and authorisation to distribute alleged defective essential drugs and medical supplies in the country.

ZUNO Secretary General Mr. Fray Michelo, stated that while ZUNO has taken note of the dismissal of the Dr Chitalu Chilufya as the Minister of Health, the organisation has also noted that the Republican President did not forward the reasons for his dismissal thereby leaving room for speculation.

“There is currently an assumption that Dr. Chilufya’s dismissal is linked to the procurement and authorisation to distribute alleged defective essential drugs and medical supplies and as long as it is not clearly stated, it will remain just that, an assumption.” he said.

Mr Michelo further stated that in as much as ZUNO supports the idea of recalling the defective items, it is not enough as the supplies have been in distribution and utilisation since September 2020.

He urged the Government to immediately investigate the matter further and move in to replace the defective supplies with proper and adequate supplies, as it was a matter of public health and safety.

Furthermore, ZUNO has welcomed the appointment of Dr.  Jonas Chanda as Minister of Health. “We believe Dr.  Chanda is no stranger to the health sector and therefore we do not need to remind him that the Ministry of Health is a complex yet vital Ministry charged with a responsibility of safeguarding the health of the nation.” Mr. Michelo said.